When I was a child, I moved out of my birthplace of Mumbai, India and immigrated with my family to the United States. My parents both left their homes, security, and families behind to start a new life ahead of them with me.

I grew up with a beautiful blend of Indian and American cultures. I learned to make rotis alongside apple pie. I grew up listening to Kishore Kumar and Bruno Mars. I was raised on American soil and it wasn’t until I was a high school senior applying to colleges did I realize that I am not considered American.

My parents moved to the US on my dad’s H1-B work visa, a visa that is a nonimmigrant that allows US workers to hire foreign workers for high skilled jobs in several fields such as IT, STEM, finance, business, etc.

This visa, however, is not easy to obtain. Prior to entering the US, an aspiring H1-B visa holder must win the H1-B lottery with less than a 38 percent chance of winning. Every applicant has three or four attempts to win this lottery, or they will not have a chance at claiming an H1-B visa. In 2011, my father was lucky and won the lottery his first try, and we entered the United States.

My mother was able to obtain a spouse EAD, which allows her to work in the country and provide a second income for our family and both my mom and I are considered H-4 dependents on my father’s visa.

My father’s employer immediately filed for his Green Card, the permanent residency that allows our family a guarantee to remain in this country. However, due to the excessive Green Card backlog caused by the “per country caps,” 13 years have passed, and we still do not have our Green Cards.

These “per country caps” only allow seven percent of applicants from each country to get their Green Cards, essentially hurting passport holders of large populations, specifically India.

As an H-4 dependent still awaiting a Green Card in high school, I was allowed no work authorization including internships, job shadowing, and even research. In addition, my parents had to factor in the costs of education as we are still considered international students and do not receive in-state tuition nor financial aid.

There are no loans available to us without a US Citizen cosponsor, making financial planning for a college education incredibly difficult.

The most unfortunate and discouraging aspect of the H-4 dependent visa is that at the age of 21, I will age out and could face deportation, leaving behind the only country I have ever known, a future that is less than three years away for me.

At that point, I will have to seek out a student visa or another H1-B sponsorship for myself to remain in the country, removing my green card application from my parent’s file and placing me in the back of the line and starting the process from scratch. Each year, the chances of winning the H1-B lottery decreases and the increases backlog of Indian Citizens filing for Green Card applications.

In addition, to be eligible for a student visa, one must prove “non-immigrant intent” by showing addresses, bank accounts, and proof that they will return to their home country, which simply is difficult to do as an H-4 dependent staying in the US since I was a child. My only options remaining are to leave behind my family and the life I built here.

There are over 200,000 students in this exact situation and every year, 10,000 of these American raised children are forced to be deported from the country they have spent their entire lives in legally.

To find a means to end this painful journey for these students, I am part of an organization called Improve the Dream, a fully grassroots advocacy group led by students like me.

Since 2017, Improve the Dream has been raising awareness on this issue that often seems to fall through the cracks in immigration issues.

We strive to connect and strengthen a national community of young people to improve the journey in navigating the immigration system for themselves and their families, while advocating for a permanent end to aging-out policies. 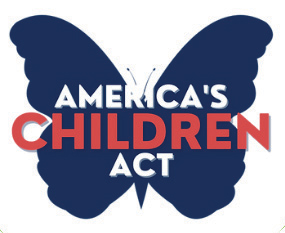 In July of 2021, Representative Deborah Ross and Representative Marionette Miller-Meeks proposed the bill, America’s CHILDREN Act (H.R. 4331/S.2753) which has received bipartisan support to protect children from aging out of the system.

Not only does the bill protect children of long-term visa holders from aging out and facing ultimate self-deportation, but it grants these American raised children a green card once they graduate from a 4-year institution in the condition that they resided in the United States legally for 10 years.

This bill also allows for work authorization by giving them an EAD to pursue internships, research, jobs, and other opportunities.

In addition, the House recently passed the National Defense Authorization Act (NDAA) with age-out protections included. This amendment was passed as an en bloc and was supported with immense bipartisanship, unheard of in immigration policy in today’s politics.

This amendment, however, removes the provision of the Green Card upon graduation. Both the proposal of the America’s CHILDREN Act and the amendment recently passed in the NDAA is huge progress made on both Improve the Dream and our legal immigration system.

We need your help to protect the 200,000 students like me, who have been brought up and raised in the United States to give back and serve the country they call home.

We are living in a legal limbo and our futures here are uncertain but with your help, we can make both the bill and the amendment in the NDAA pass in the Senate.

Visit the website improvethedream.org/letter and fill out the template provided to urge your local congressmen to raise awareness and prevent the spread of misinformation on this issue.

You can also find a call template for your state senator at improvethedream.org/call. With this much progress made by all students facing this issue, every letter, every call, and every voice matters.

Fedora Castelino is a current undergraduate neuroscience student at the University of South Carolina with a passion for immigration policy from Apex, NC. Contact: castelinofedora@gmail.com