Strong Female Characters: Why Has This Become so Hard to Define? 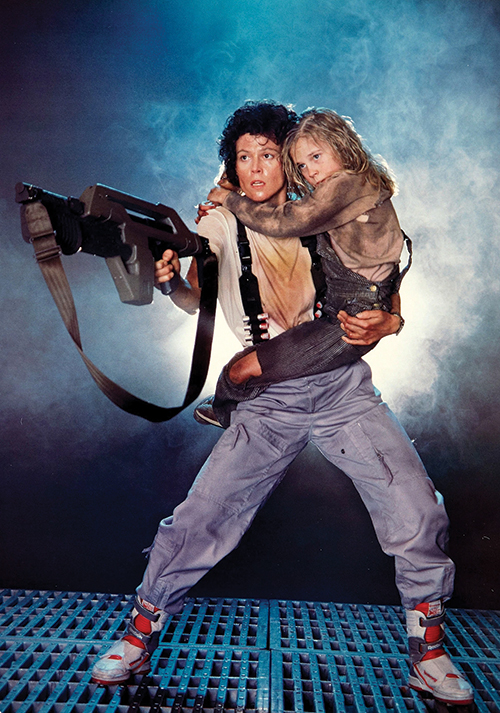 The “Strong Female Character” has become a big catchphrase in terms of entertainment over the past few years. While I think these creators have their hearts in the right place, these characters often come across as overpowered, underdeveloped, and for lack of a better word… boring.

Perhaps I should explain difference between a “Strong Female Character” versus a “Strong Character who is Female”.

The overarching definition in both cases is a girl or woman in a story who is presented as anything other than a typical damsel-in-distress or supporting love interest. She’s often a supporting character who is simply better than the lead or in some more recent cases, the lead character herself. Characteristics generally include being able to take care of themselves be it with physical strength, intelligence, strong will or some combination of the three.

While the increased representation of fully developed female characters in all forms of media is commendable and should enthusiastically be expanded upon, the way some are written as of late is something we need to reconsider.

Some of these characters are portrayed with a noticeable lack of flaws. They are morally sacrosanct and never seem to make bad choices. They are also never really challenged, while traversing through the story and accomplishing their goal without any real cost. Finally, they are usually inheritably better than most of the male characters they interact with… through birthright or some sort of supernatural/scientific means that’s never fully explained.

This level of “perfection” makes you wonder why we should even care about such a character, right?

What many of these contemporary creations seem to lack is a journey where said character must rise to meet the challenges of their environment. These stories should be about survival within a harsh world, galaxy or universe. These struggles and how our heroine reacts to them are what makes her more relatable and not just a stiff paper doll moving from scene to scene.

Of course, girls and women should have the same opportunities as their male counterparts, which includes the ideal of strength. Unfortunately, this one characteristic has become the end all and be all of our ideal female characters. It seems somewhat ironic, then, that when we praise it as being so incredibly groundbreaking, we are instead reinforcing the concept that women are still generalized as the weaker sex. Any display of strength whether it be emotional, physical, mental, or otherwise is by default clearly exceptional.

How often do you hear the phrase “Strong Male Character?” Probably never since it’s already accepted that all men are strong, so are instead called out when they are compassionate or shy; traits that are often associated with women. So, what needs to happen to make a woman strong, noble, and heroic? What challenges must these characters face in less brutal fictional worlds to make them believable?

Simple. Give her the flaws, faults, and a true hero’s journey where she learns and grows along the way.

A perfect example is Ellen Ripley in the Alien franchise. She starts out as warrant officer with minimal combat training who’s part of a commercial space crew. She has no special abilities or portrayed as morally better or worse than anyone else on the crew. Throughout the first three films, she displays a multitude of flaws. The xenomorphs constantly terrify her. She doesn’t always have the right answer and often makes mistakes. Yet, Ripley still wins the same way any hero would… with wits, compassion and utilizing her ever growing knowledge of the enemy to her advantage. And while she does ultimately prevail, she also suffers much loss along the way.

While I’m hardly the first person to discuss this trope. There’s other thing that’s often missing from such a topic: that the “Strong Female Character” must sacrifice their femininity and be just as ‘tough’ as a man to be appreciated.

That brings me right back to Ripley, as her protection for the young girl Newt in Aliens offered a much more maternal side of her not often shown in conjunction with an action heroine. She shows a special tenderness toward Newt throughout the film that doesn’t diminish her overall presence and adds an extra layer to her motivations.

Oh, and a woman can still be feminine without the additional role of love interest, plot device to move along a male character’s story, or one-dimensional sketch of what a woman is assumed to be. She should be a complicated character with a multitude of strengths and weaknesses; someone with complex motivations and real character development.

I think it’s finally time to abolish the archetype and demand what we really want. Audiences deserve fully-fleshed out, diverse, and relatable female characters who are so much more than “strong.” We should expect a truly human character whose kindness, drive, ambition, and courage inspire us to do the same. We should expect these characters to enjoy healthy relationships with other women, real-life flaws we can relate to, and intricate stories that don’t necessarily need to revolve around men. Let’s require equal representation, so that all kinds of women are showcased, and all kinds of narratives are explored… because we’re all so much more than that.

It’s about time we bury Strong Female Characters, once and for all, because women are so much more.

Jennifer Allen works at Saathee and is also a Podcaster, Blogger, Photographer, Graphic Artist, Gamer, and an all around Pop Culture Geek. Reach her at saathee@saathee.com